What Are Your Intentions?

Flying back to Tucson from San Diego a couple of years ago, I got a weather briefing, filed an IFR flight plan, and headed east on a nice Sunday afternoon. With full fuel tanks in the Piper Arrow, I could easily make it to Marana (KAVQ), but decided to make a fuel stop in Casa Grande (KCGZ). The weather had been very good all the way across Southern California, and into Arizona, but I could see some building clouds to the east as I approached the area south of Phoenix.

Casa Grande is a busy training airport, but on this Sunday afternoon, I was the only airplane in the area. Albuquerque Center cleared me for the ILS approach into CGZ, “Cancel IFR on this frequency or with Flight Service on the ground.” From the Stanfield VOR, I looked ahead and could see a very large cloud of dust from the ground up to about 6000 feet coming right at the Casa Grande airport a few miles East of the airport. My first thought was, “Can I beat this thing to the airport?” My second thought was, “If I do, I will still be in it!” I called ABQ back and told the controller that I was abandoning the approach and that there was a huge dust storm heading right for the airport.

The controller’s response was, “What are your intentions?” Not an unreasonable question at all. After all, controllers can do a lot of things for us, like offering headings, vectors, weather, emergency services and more, but they cannot fly the airplane for us. I had to think quickly to decide what to do. I responded with, “I can continue to Marana.” It looked to me like I could make it to Marana out of the weather. The controller gave me a heading and altitude, and I turned southeast. As I leveled at 7000 feet I could see a line of thunder storms about 20 miles ahead, right in my flight path. I told the controller that I would not try to penetrate that line of storms.

Again, the response was, “What are your intentions?” (You might also hear “say intentions” from some controllers). Looking at options I asked for vectors to Eloy since I was close to that airport. She gave me a heading. As I turned to Eloy, I could see that the dust storm had already covered that airport, and I reported that I would not land there. Another time, “What are your intentions?” This time I had to think about options. I could turn around and head back to Gila Bend, but the dust storm would likely just follow me to that airport. Other airports south of Phoenix would likely be “in the dust” also. I remembered that Coolidge was near and asked for vectors to that airport. The weather was looking “unfriendly” at that point, and I was happy to make a landing at Coolidge. When I was sure that I could land, I cancelled IFR and thanked the controller for the service. 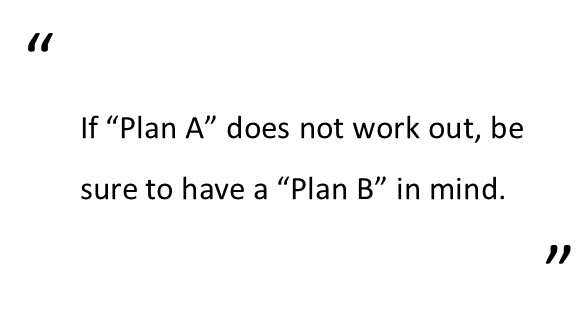 Although I felt safer on the ground, there was no one else at the airport. It was beginning to rain. I got out and secured the airplane and found a place to be out of the rain. Very shortly after that, another airplane landed and tied down right next to me. Two occupants got out and joined me under cover and out of the rain. It was a training flight from one of the schools around Phoenix, and they had decided that landing there was the best option, also. We had an enjoyable visit and talked about weather, weather avoidance, and flight training while watching it rain. At least the dust storm was moving west away from us as the rain increased. After about 50 minutes, the weather started to clear a bit, and the training flight left to get back to Phoenix. I waited a little longer, since I could see that the weather was still a factor to the south. When I was sure that I could continue the flight from there to Marana VFR, I took off and contacted Albuquerque Center again, and gave them an updated pilot report on conditions. Since I had stated that I was going direct to Marana, I did not get a “What are your intentions?” question, but I got a code for the transponder.

After landing at Marana and putting the plane away, I started reflecting on the flight, the ATC service, the weather, and the need to always have an out. Even though I had received a weather briefing, there was no mention of possible dust storms. A summer storm had appeared to the southeast of Phoenix, and that had kicked up the dust storm ahead of the rain and wind.

In flight training we always tell the student to have an alternate plan if they cannot complete their cross-country flight. When I am flying long cross-country flights, I am always looking at airports along the way in case I would have to divert for some reason. If “Plan A” does not work out, be sure to have a “Plan B” in mind. There are times when we need to go further down the alphabet to “C” or even “D.” But where are those plans written down? Usually not at all. We always expect to complete our flight and land at our intended airport. Unexpected weather, traffic, or mechanical issues may force us to switch to “Plan B” or even other plans. If we have thought about that in advance, then it is not a big issue, but if we have not even thought about it, we must make up a “Plan B” very quickly, and that adds stress to our flight. Keep the stress low, always be thinking ahead and have your alternative plans laid out well in advance.

Your ARIZONA PILOTS ASSOCIATION holds safety seminars at various locations in the State every month. Check the web site for times and locations. Work on your next phase of the WINGS. Don’t forget to “bring your wingman.” 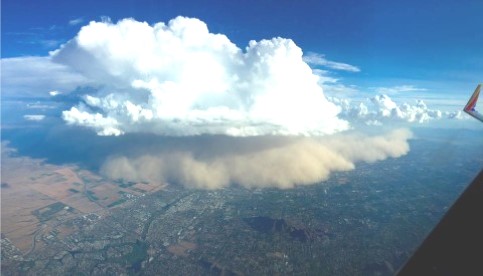